Are Women the Future for the Automotive Industry? 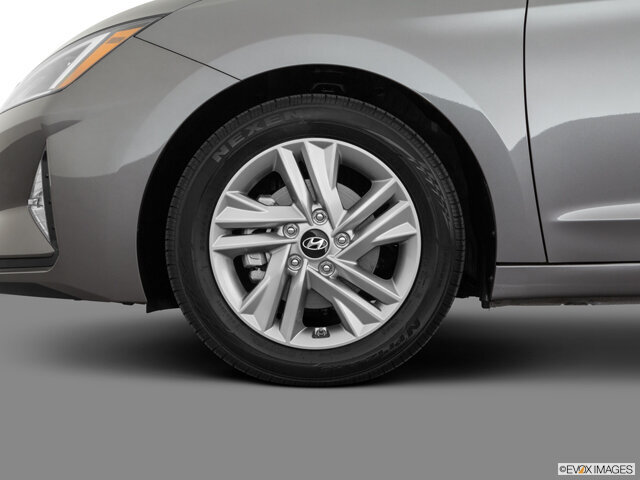 Since automobiles were first invented, almost every aspect of the industry has been male dominated. In the past, the idea of female mechanics, technicians, or vehicle designers wasn’t even a possibility.

Thankfully, all of that is changing, and women are playing an increasingly prominent role in the automotive sector. Not only are they doing many of the jobs previously considered to be ‘for men only’, and doing them just as well, but women are also starting to lead the industry.

According to VoiceAmerica.com “Automotive News had a difficult time filling its first list of 100 Leading Women in the North American Auto Industry. By 2015, it had hundreds of powerful female execs to choose from.” Since then, things have only continued to improve.

Cars and motorcycles are two things that inspire a deep passion for many people, whether it be seeing a thundering Harley pull up nearby, or the latest Ford Mustang glistening in the sunlight. Women around the world have found their true passions to be in racing or customizing cars.

There have been some amazing female drivers throughout history, as well as business owners, talented technicians, and more. The problem it seems is that this is often overlooked when people think about automobiles.

Statistics for Women in the Automotive Industry

While things are progressing, at the higher levels of the industry particularly, they are not changing fast enough. As of 2020, these surprising statistics for the US automobile industry were provided by CATALYST.

“Although Women Are Almost Half of the US Labor Force, They Represent Fewer Than One-Quarter of the Automotive Workforce”

This is most certainly an improvement in past years, but there is a lot of room for more women within the industry. Fortunately, with the current climate, this could be the perfect opportunity for women around the world to grab more key roles. Let’s take a look at why.

How Women are Changing The Automotive Industry

Public perceptions and company attitudes have dramatically changed over the last 20-30 years, and are now more in favor of inspiring a diverse and positive workforce. In most situations, being male or female has no impact on one’s ability to perform a job and to do it well.

In addition to that, technology is making the workplace more equal for all. Roles that many could not do before due to physical injuries, disadvantages, or illnesses are now possible and are encouraged. Technology levels the playing field, allowing people to work from home, operate machinery, or virtually consult on projects.

Technology is truly helping to make ‘true diversity’ in the workplace possible for the future. There is also a significant skills shortage in the automotive sector and women around the globe are stepping up and stepping into these roles. Many of them now being leaders, technical experts, and are even changing the industry through the adoption of the latest technologies and work approaches.

The automotive sector also has an increasingly strong focus on adopting new technologies, such as virtual reality and augmented reality in the workplace. These technologies don’t have the same stigma, and so, there are a lot more women in these fields already.

From tech experts to virtual reality designers, women are available to fill these roles. It is up to the major automobile producers to take advantage of the expertise that the female workforce has to offer. After all, hiring the experts they need regardless of gender makes business sense.

Having different skills, perspectives and approaches have always been good for business. After all, what one may miss another can catch. A process issue some can’t solve, another with a different way of thinking may have an idea that revolutionizes the workflow. Diversity is a powerful force when adopted and encouraged.

While the number of women already in and also joining the automotive sector is increasing, so are their payments. Women are not only getting equal pay to the men in many cases, but a lot of them are actually getting paid more.

Often, however, this is nothing to do with gender or discrimination. Instead, it is to do with drive and skills. As an example of gender pay, many female automotive technicians actually end up earning more than their male counterparts. This occurs largely because of their drive to prove themselves in a largely male-dominated sector. The drive to be better often results in more work being done and being completed to a higher-quality level, resulting in promotions and increased salaries.

There is an increasing number of positions where women are getting paid significantly more than men across this sector. So long as it is simply because they are doing their jobs better, then there is no problem and it is only fair that the better worker gets a larger paycheck. Employers need to strive towards equality, but also be careful not to start more gender battles over job roles and salaries in the workplace. Rewarding staff for effort and ability is good for employees and companies.

With the auto industry itself in a major state of change, adapting to modern online purchasing, virtual reality showrooms, augmented reality designs, and even cobot robots that work together to increase production … it makes sense to hire those with the best skills available in the market, regardless of gender.

If the roles are not filled by competent employees that have the skills to drive these automotive business forward, narrow-minded producers may find themselves falling behind their competitors.

Things have improved and are currently more in favor of female employees in the automotive sector than previously seen. However, this changing and evolving industry can now offer true levels of diversity in the workforce, more than was possible before these latest technologies.

Car manufacturers that wake up first and grab the best talent available, regardless of gender, race, or physical ability, maybe the ones to leave their competitors in the dust and dominate this new world of manufacturing and selling cars.

The hiring process should be about abilities and knowledge, these old stigmas need to be forgotten and the auto industry to continue to change for the better.

1 thought on “Are Women the Future for the Automotive Industry?”