Flashback! Marketing for Dealerships from the Past 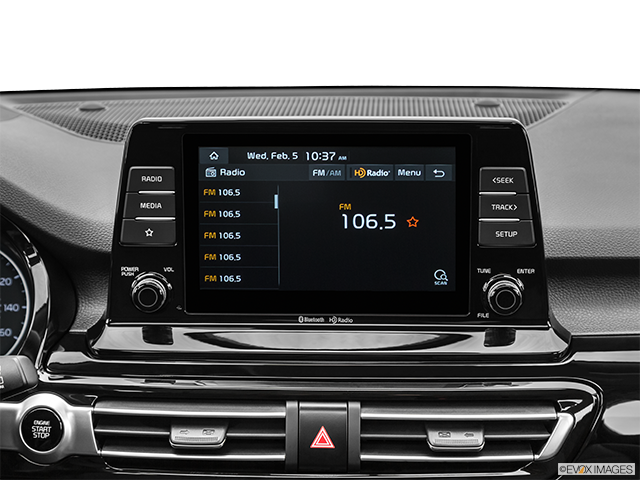 Today, dealerships can advertise via social media to reach a broad audience and to strategically target specific demographics, too. Online ads can use tools that gather insight about buyers and their preferences, meaning that ads can show consumers only the automobiles that suit their lifestyle or personal tastes. In the past, though, marketing for dealerships might have been much more limited.

Ready for a blast from the past? We’re hitting rewind to show what marketing for dealerships looked like before computers, social media and those ubiquitous smartphones. Get ready to laugh, smile and feel wistful and nostalgic with vintage car commercials and print ads.

Old television commercials might not have been as perfectly filmed as they are today. There were no special effects or high-definition graphics. But while some of these vintage commercials look a bit grainy, they are quite entertaining.

If the happy smiling face hanging on the backdrop curtain doesn’t scream ‘70s, the outfit will be more than an obvious tipoff. The white shoes. The big collar! But even better? The seriously low prices on the cars that are advertised. Back in 1977, a sticker price of around $4,000 might have been a great deal. But today…that’s unheard of unless a shopper is looking at a preowned older model vehicle.

The opening of the commercial shows Cal Worthington holding hands with a small gorilla. The jingle is catchy, and shopping at Cal’s also can mean free dinner at Victoria Station (no purchase from Cal required!). To say that many remember Cal and his ads is a bit of an understatement. When Worthington passed away in his early 90s in 2013, the New York Times penned an obituary for him. The headline referenced his ‘manic ads.’

Worthington’s story also shows how using unique messaging can lead to great success for dealerships. The New York Times obituary explained that when Worthington started out, his dealership location wasn’t exactly a prime spot, and to overcome this, Worthington created unique ads…and thus his fame and success was born! Not only did Cal’s commercials include his dog Spot (the gorilla), but the Times noted that he also rode Shamu, drove a golf cart with a tiger, and even sat on an elephant.

Nearly three decades since his passing, Worthington’s ads are still generating attention thanks to YouTube. The vintage television commercial is quite a YouTube hit and has racked up more than 175,000 views.

While it doesn’t mention one particular local dealership, this vintage commercial advertised the OK Used Car lot at Chevrolet dealerships. With so many new models, the lots were apparently filling up with trade-ins of used cars. These cars, per the commercial, mean a good deal! But they aren’t just used cars, they are “OK used cars!”

While the term “OK” might not be a strong buzzword for car dealerships today, apparently back in the ‘60s this was a strong enough term to encourage people to buy! Now, though, seeing that a car is “OK” might translate to just average. Instead, dealerships now might use ‘certified preowned’ to denote used cars in great condition.

According to the Chicago Tribune, Weinman Ford was in business for almost four decades before closing in 2006.

Before the advent of the internet, news was distributed via newspapers, television and radio. Businesses that wanted to advertise used these media to reach potential customers, too. In the days before computers and digital ink published and updated news by the second, the news cycle was longer.

Advertisements on radio, television and print couldn’t be tailored as tightly to specific an individual’s needs and personal tastes. Dealerships and other businesses couldn’t advertise to John Smith with exactly the items that John Smith preferred. There were no algorithms; instead businesses might have relied on focus groups or other data to target ads. The audience also might have been much broader, too…like women between the ages of 18 and 35. Or senior-age men.

Vintage print ads allow consumers to glimpse back at a simpler time, back to the days when daily newspapers were thick and filled with all the news in the area. There were pages of classified ads, an entire section devoted to automotive and even ‘funny pages’ (or comics!).

While the automotive pages might still exist in some dailies, maybe this is not the place where dealerships spend their dominant ad dollars. Yet, back then print ads were a standard. So what did these vintage ads include to bring in customers? Price listings were popular, but here are a few interesting ad hooks used in older ads.

Holman advertised a father-son deal on Ford Mustangs! When dad purchased a new mustang “at a special price,” his son would receive a new 1967 Mustang. Sounds like a great bargain? Don’t be fooled, this wasn’t a buy one-get one offer. Instead, the deal applied to all sons; no driver’s license was required apparently. Why? That free Mustang was a 16” toy Mustang (battery-operated)! The dealership made the toy offer very clear. And it was a catchy and cute sales promotion!

But in modern times, it’s worth asking: what about the daughters!?!?

Goben advertised a Grand Opening complete with deals and all-you-can eat food for the family (apparently it was only five cents)! The dealership also offered free racing stickers, too.

Opening a new dealership location? Maybe lunch might bring in some hungry customers!

A MUSTANG FOR WOMEN

While many households only had one car, when women started to enter the workplace en masse, the two car household might have become the new normal. In an advertisement advertising ’68 Fords, Bill Marsh geared an ad to ‘His ‘n Hers Exclusives.’ Those exclusives included a Mustang for him…and her. There was, apparently, a Lady Mustang! And, fun fact, HER car was pricier!

So what was the Lady Mustang? The vehicle, per the ad, was only available at Bill Marsh Ford. The ad notes that the car has a nameplate that says Lady Mustang. The car also features a special dashboard, bullet tip front fenders and a few other unique design features.

There was another limited-edition Mustang marketed to women that was exclusive to a Denver dealership. The car was the 1967 She Country Special. According to Motoring Research, the car was designed by Ann Goodro; she took over her husband’s dealership after he died. All the hues of the car were pastel, and women received an orchid corsage with their purchase. Motoring Research also noted that women even had their own waiting room in the dealership! The cars weren’t mass produced, though…only four dozen were made.

Looking at the past offers a bit of nostalgia, but it also shows the creativity of the dealerships back when advertising was limited to a few types of media. Words were powerful, and sticking out from the crowd also might have been the key to some amazing success.

Some of these old ads might actually spark some creativity in the present. While sometimes the past is a bit dated, it can also be inspiring. The father-son Mustang deal was creative. And even decades after his death, Cal Worthington’s commercials are still a hit! For a car dealership to have created commercials that remain entertaining decades after they aired illustrates just how impactful those ‘manic ads’ were for the audience that viewed them…then and now.

Marketing for dealerships can now enter virtual realms of the internet. Marketing campaigns can infuse augmented reality; they can be intelligently targeted, too. Yet, while technology can give dealerships and all businesses opportunities that didn’t exist decades ago, those ads and those campaigns need to be impactful. They need to be remembered.

Standing out from the crowd of competition might be tougher today than it was all those years ago. The internet vibrates with a different kind of noise. Information is thrown at consumers constantly. Ads appear on almost every website. Every business wants to be seen.

Dealerships today have other tools, too, that maybe weren’t available in the past. For example, while vintage ads might have shown vehicle photos, they might not have been the sleek photos we see today. Dealerships can now use professional stock photos that show a vehicle model looking flawless. The background is beautiful, and an online ad might include a whole slideshow of stock images that show all the details (interior and exterior) of a vehicle model.

And social media allows dealerships to better communicate and engage with customers—past, present and future. Dealerships can include polls to gauge what their customers want. Social media sites can showcase new car models, video clips of those cars and even videos that allow customers to virtually tour the dealership showroom.

Technology has given standard marketing tactics quite a virtual boost. And, yet, perhaps some of the old ways of advertising, of marketing, still remain relevant today. Unique messaging might still be the way that dealerships can stand out from the crowd. And creativity and vision could propel a dealership to success.