Is There a Boy’s Club in the Auto Industry? 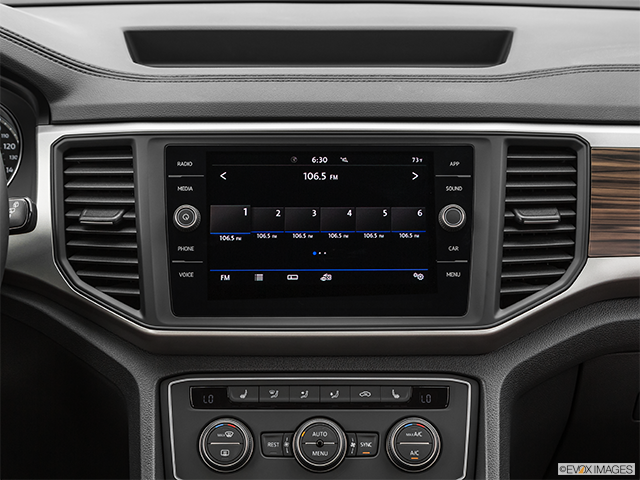 The automotive industry encompasses factories, corporate headquarters, finance companies and, of course, the dealerships. The industry has long been dominated by men, but women have long since burst through the ceiling of this sector even if statistics don’t weigh in their favor.

Is there a boy’s club in the auto industry? Looking at the numbers, women remain in the minority across all sectors of the industry. In fact, Catalyst broke down the figures on women in the industry:

What Major Auto Companies Have Women in Power Positions?

Women are a minority in the auto industry, but a few major companies have women in power positions. General Motors and Chase Automotive Finance are among the companies in the industry where women hold high-level executive positions.

In 2014, Mary Barra destroyed the ultimate glass ceiling that existed for women in the industry when she was named the Chief Executive Officer (CEO) of General Motors Corporation. Barra was the first woman CEO of a major auto brand/manufacturer.

In 2016, Barra also was named as the Chair of the GM Board of Directors. Under her leadership, GM has become focused on creating an all-electric lineup. She began her career in the auto industry more than 40 years ago.

Barra also serves on the Board of the Walt Disney Company and is the Chair and Founding Member of GM’s Inclusion Advisory Board.

Dallas Weekly highlighted Renee Horne during Women’s History Month. Horne was named as Chase Auto’s Chief Marketing Officer (CMO) in 2021. Prior to her executive leadership position with the finance giant, Horne spent 16 years at UPS beginning as a senior business analyst and eventually held leadership positions in marketing at the company.

Regarding the lack of diversity in the industry, Horne told Dallas Weekly:

“So just thinking about the auto industry. If you think about US employee demographics, overall, women make up about 47% of the workforce. But when you step into the auto domain, that number drops in half for manufacturing workers. It drops down to like 20% for wholesale workers in Auto. And it drops to about 22% for auto workers in the dealership space. And so obviously, there’s a ton of opportunity to make progress there.”

Dallas Weekly noted that Horne serves on the boards of both Digital Future Initiative and the National Black MBA association. She also is a sister of Delta Sigma Theta, which is one of The Divine Nine.

Industry Leaders Magazine’s Profiles of Women in the Industry

Barra and Horne hold top-level positions in the industry, but there are many more women who are busting through the auto industry’s ceiling. While men still hold the majority of leadership positions, the tide may be changing.

The list by Industry Leaders Magazine also included Linda Jackson, the CEO of Citroen (in France) and Linda Hasenfratz President, Chairman, and CEO at Linamar Corporation (in Canada).

EVOX Images has been providing digital stock imagery to the auto industry for years; its sister company RelayCars provides consumers with immersive visual experiences to explore vehicles and elevate the shopping journey. Gina Callari, Chief Operating Officer, is at the helm of both EVOX Images and RelayCars.

Callari has worked in the auto industry for more than 25 years. She began her tenure at EVOX Images in 2014 and has served as the Vice President of Operations and the Director of Operations before being named as the company’s COO.

Callari is a graduate of Pepperdine University and is a board member of Women in Auto, LLC. She also is a member of the Automotive Women’s Alliance Foundation.

Under her leadership, EVOX Images has experienced massive growth with the onboarding of numerous major clients within the industry. EVOX Images offers stock imagery for thousands of makes and models and is used by many leading auto brands, dealerships and online car retailers.

Callari also leads the team at RelayCars, which provides immersive and interactive experiences for car shoppers. She has overseen the digital transformation of the RelayCars app as it has evolved to include a virtual reality showroom experience compatible with Google Cardboard headsets.

In addition, Callari’s leadership has paved the way for a partnership with CarSaver.com. This partnership allows RelayCars to offer consumers a complete shopping experience. Consumers explore vehicles with RelayCars’ immersive AR and VR experiences and then visit CarSavers.com to purchase the vehicle.

RelayCars became a vital resource during the pandemic for shoppers who were forced to transition from an in-person experience to online shopping. Although many car buyers couldn’t visit a dealership, they could explore vehicles in virtual reality or augmented reality with the help of RelayCars.

Callari saw firsthand how augmented reality and virtual reality helped to transform the shopping experience during the pandemic. In an interview with Thrive Global, Callari stated:

“…COVID has finally helped to accelerate this mainstream adoption and consumers are no longer just associating this technology with gaming. Now, you can use the Target app to view a rug in your home, or try on glasses through Warby Parker’s app in AR. Amazon is even launching a hair salon in London that will utilize this technology and allow customers to test out different hair colors in AR before committing to a shade. Watching this take off in almost every single industry now is incredible.”

The Future of Women in the Industry

Women might still be a minority in the auto industry but the ‘Boy’s Club’ is quickly becoming co-ed. Change takes time, yet those who destroy the barriers that once seemed impenetrable show others that there are no limits.

The glass ceiling of the male-dominated auto industry has shattered and women are taking hold of the reins. Mary Barra is guiding General Motors into an electric future. Renee Horne is leading marketing initiatives and directives for one of the largest auto finance companies in the country. Gina Callari is at the helm of an AR and VR revolution for an industry that once relied on in-person experiences.

Renee Horne told Dallas Weekly that she was raised to pay it forward. For women coming up in the industry, perhaps it isn’t only about paying it forward but paving the way, too. In the auto industry, ceilings are now nothing more than an illusion and women are officially members of the once-exclusive club.