Automotive Technology of the Future 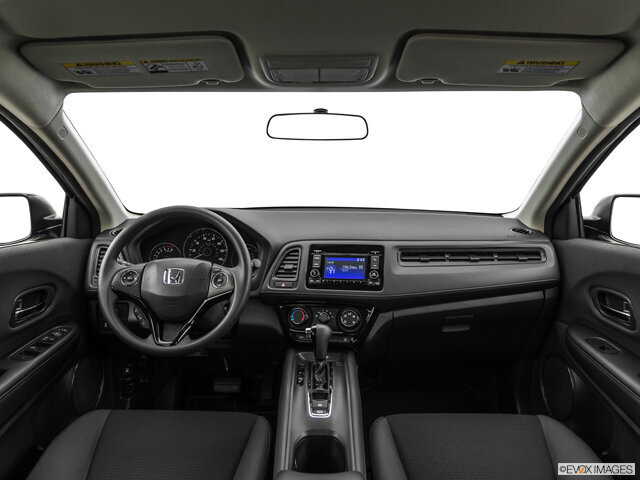 The automotive technology of the future has the potential to keep us safer…and move us out of the driver’s seat. What features will drivers see in future makes and models?

Here’s a look at what’s next in the evolution of automotive technology.

Augmented reality technology is featured in many current automobiles. Rear back-up cameras are becoming standard features, and these cameras typically include grid lines to illustrate the turning radius of the car. These simple computerized graphics are an example of augmented reality, which is technology that includes graphic overlays over a real world view.

Navigation systems like GPS also may include augmented reality functions. The street view of the route may be a real world image, while the navigation details may be graphic displays. Many cars now feature a driver display that will project GPS data from a smartphone using a navigation app (like Google Maps).

Camera data is projected on the mirror to better assist the driver and perhaps to also provide additional safety during nighttime drives. These mirrors also may provide a better vantage point for the driver and help avoid collisions with obstacles. Drivers also can purchase these unique mirrors separately and have them installed in their car.

What about virtual reality within the car? Virtual reality exists as a separate world; that is, while augmented reality takes images of the real world and incorporates graphic overlays, virtual reality transports users to a virtual realm where everything is a graphic depiction. Virtual reality is not currently part of the technology within our cars, but it is used by manufacturers during the design process and may even be used to provide virtual test drives of cars.

However, virtual reality may play a role in our cars in the future; navigation and map functions could be projected as holograms. Drivers may be able to view the future destination in 3D graphics, showing them the surrounding restaurants and maybe even connecting the driver with virtual assistants to place orders or reservations. It isn’t so difficult to imagine that one day drivers could sit in a parking lot and take a virtual tour of a hotel or bed and breakfast before they book a room.

The potential for virtual reality within the automotive sector is far-reaching. As tech giants begin to experiment with ‘hearables,’ this technology also could be utilized in the automobile. Hearable technology can include hearing aids, earphones or headphones. The future of hearable technology could allow for earpieces to communicate with virtual assistants; perhaps drivers could use these earpieces to communicate in the car to virtual assistants at home.

Imagine driving down the road and asking a virtual assistant to start the dishwasher, place an order or even add a few more minutes to the dry cycle of the laundry. That virtual assistant might even pop up in the passenger seat as an avatar…ready to take virtual commands!

One of the most transformative technologies for drivers might be the evolution of device connectivity. The smartphone is now the standard cell phone design; gone are the flip phones, those ancient, albeit compact, devices that were often cumbersome in their connectivity to the internet…and existed in an era before the app.

Pew reported that nearly all teens have a smartphone—95 percent, in fact!  As these devices grew in popularity, the technology within our automobile needed the power to connect, too. Cars now offer USB ports for smartphones, and the vehicle’s system is wired to recognize these devices. Smart screens on the dashboard will display playlists, directions, and so much more.

Engineers have merely touched on the potential for connectivity. Apple applied for a patent for an ‘augmented reality windshield,’ which could invite teleconferencing via the car’s windshield via FaceTime. Running late for a meeting? Conference via the car. Yet, how could a driver utilize this technology while driving? The answer could lie in the most obvious future technology within the automotive sector : self-driving cars.

The future is technology and automation. Technology is overhauling our lives, and perhaps AI and the machines are quietly overtaking daily habits. The Internet of Things utilizes the power and complexities of virtual assistants like Alexa to control the home. Smart plugs and smart power strips allow for everyday gadgets and appliances to connect into the smart world. From there, the assistants take over.

Coffee can be brewed by sending a simple verbal command to the assistant. The lights can be turned on. The thermostat adjusted. Who’s at the door? Ask the assistant. This automated reality is the future in many ways, and this technology may soon drive our vehicles. The electric car is cool, but one of its more prominent innovators is taking car technology to another level.

Tesla is on the road to creating the self-driving car, and it’s only a matter of time before cars become fully automated and humans may be bumped to the passenger seat. The roads may be navigated by virtual drivers, and these drivers could be presented as a holographic image. Maybe they are simply invisible, a computer chip, a program wired into the mechanics of the vehicle.

As new technology rises from the minds of engineers and designers, these programs and technological advancements may all somehow fold into each other. The smart windshield could be an ideal feature in a self-driving car. Hearable technology also could play a role in communicating with a virtual driver. The potential truly is without limits.

Smart glasses, too, also could be an emergent virtual reality feature that also could wire into this connectivity, this technological collective that links together into one cohesive whole. Could smart glasses communicate with a smart windshield? Or perhaps smart glasses could allow the passenger to visualize the virtual driver.

Technology will continue to evolve within the automotive industry and inside our personal vehicles, too. What’s next? Only the manufacturers, designers and engineers know for sure. And maybe they can only begin to imagine the possibilities. Self-driving cars, virtual assistants projected as holograms and advanced connectivity may be driving our cars into the next century.