Continued Disruption: An Update on the Auto Industry 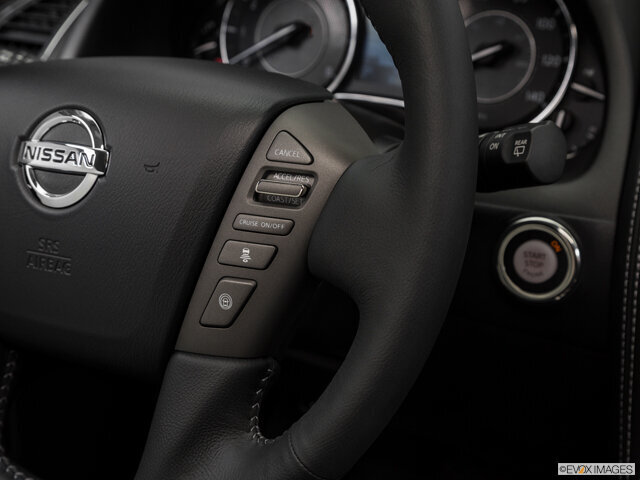 Now Covid restrictions are lifted; the Centers for Disease Control explained that individuals who are fully vaccinated can now go maskless (unless otherwise stated), although others are encouraged to keep the masks on. Half of adults have received the vaccine. Yet, there remains a continued disruption in the auto industry.

THE CHIPS ARE DOWN

The automotive industry is just not catching a break. If it wasn’t difficult enough for many dealerships to pivot to online sales—a move that, for many, was exacerbated by Covid—now supply of vehicles might be an issue.

The chips are down. Literally. There is a microchip shortage that isn’t just affecting the tech sector, but the automotive industry, too. Everything in today’s economy seems to feed on microchips. Phones, tablets, and even appliances.

The cars we drive consume those chips, too. Cars run on computers. These little chips are the brain behind the mechanics of the vehicle now. When there’s a problem, when a warning light pops on, then vehicle owners have to visit a dealership or a mechanic. The first step? Plug the car into the computer to decipher what’s wrong.

These little codes are simply one aspect of the computer genius of the car. Think about the entertainment system. Those screens run on chips. Every tech feature could have a different chip. And most cars have between 50 and 150 chips.

So the chip shortage has put a massive crunch on the automotive industry. This disruption isn’t just a blip, though, it isn’t just a little problem. Chips are crucial. For many industries, including the automotive industry, if the chips aren’t available then the product can’t be completed. Imagine a smartphone without microchips. It’s not so smart.

A car created without microchips is a different kind of shell. It’s fully built but not really. There are missing pieces. And the tiniest pieces–those little microchips–are now holding all the power.

A chip shortage means that factories won’t have enough to produce current models. In early May, Auto News reported that Ford was planning to shut down multiple plants for two weeks. The site noted that plants in Chicago, Flat Rock, Mich., and parts of its Kansas City, Mo. plant would close the weeks of May 17 and May 24.

CNN reported that the impact of the shortage could affect the production of more than a million vehicles…and that figure was just for the first quarter of 2021.

The same CNN report noted that Ford could drop its production by more than a million vehicles during the year and see profits decrease by $2.5 billion. Again, though, it’s not just Ford that’s feeling the profits seemingly start to crumble from the loss of chips.

The microchip shortage is a big issue, a crisis that could do serious financial damage to an industry. And this isn’t just in the United States, but globally. CNBC cited figures from Alix Partners related to the financial cost of the shortage in the industry and noted that the worldwide automotive industry would lose—or cut– $110 billion in revenue. The chip crisis means that more than $100 billion in revenue cannot be generated. This loss was once projected at around $60 billion in early 2021; CNBC noted that this is an 81.5 percent increase over the earlier figures.

If the chip crisis is the latest disruption in the automobile industry then it would seem to make sense that the country could simply amp up production. Kick out millions more microchips. Problem solved!

Not so fast. These chips aren’t manufactured with the ease of a fast food line. They are teeny tiny semiconductors. To increase production takes time…and money. And manpower. Unfortunately, the United States also isn’t the dominant player in the semiconductor industry. That would be Asia.

So how can the shortage be remedied? Many within the top tier of the government are trying to find solutions for the issue. Bloomberg reported that Commerce Secretary Gina Raimondo would host a summit with automakers and microchip manufacturers and that companies invited to the summit included Ford Motor Co., General Motors, Intel Corp., Amazon.com, Inc., Samsung Electronics Co. Ltd., Taiwan Semiconductor Manufacturing Co. Ltd., and Google.  The summit was scheduled for May 20.

THE MAKING OF A MICROCHIP

President Joe Biden hosted a summit related to the shortage back in April; that summit included executives with U.S. companies that manufacture the microchips. Intel CEO Paul Gelsinger was among the attendees. In early May, Gelsinger was interviewed by Lesley Stahl about the microchip shortage, and he also discussed the process for making the semiconductors.

“…The process involves thousands of steps, where layer upon layer of microscopic circuitry is etched onto these silicon plates – that are then chopped up into chips that will end up in, say, your computer. Making just one can take six months….,” Gelsinger told Stahl in the interview.

With semiconductors in short supply, catching up will take some time. Balancing supply and demand of all the industries that need those chips might not happen quickly.

Gelsinger told Stahl: “I think we have a couple of years until we catch up to this surging demand across every aspect of the business.”

And the interview revealed that Intel was the only company in the United States manufacturing the chips currently…while three quarters of the microchips are made in Asia.

Of course, with the shortage and with other companies invited to discuss the issues, there could be several companies gearing up to try to make up ground so that supply and demand of microchips even out.

HOW DOES SHORTAGE AFFECT THE CONSUMER?

The automotive industry is being hit hard by the computer chip shortage, and this pain might just filter down to the consumer. Articles have noted that car shopping might get a little bit more frustrating, because that shortage might affect which cars are produced…or not produced. Some car selections could be limited. Consumers may have to go into the dealership understanding that they might not get what they want.

Car and Driver reported, for example, that the production of the Ford F-150 was affected by the shortage; more than 100,000 F-150’s were cut from production. As Car and Driver pointed out, the truck is one of the most popular models.

Shopping for an F-150 and other affected makes and models might look different this year. Maybe consumers have to opt for a used model. Or settle for a different truck. During the past year, car shopping was already a unique situation. Dealerships might have offered more capabilities online, like virtual showrooms. As the pandemic is beginning to subside, many consumers likely expected life to go back to normal.

Unfortunately, Covid caused disaster in many supply chains, and it likely played a role in the microchip shortage, too. Car and Driver explained that many car manufacturers canceled chip orders during Covid, while “…consumer electronics manufacturers swooped in to claim excess chip-making capacity last spring.”

The Chevrolet Malibu, Jeep Compass, Ford Escape and Chrysler Voyager, are among the 10 most affected by the microchip crunch. Consumers who want to know which other vehicles might be impacted most by the shortage can check out the list of vehicles compiled by Car and Driver.

So what is a consumer to do when they have the money for a new car and discover that their dream car is nowhere on the lot? Or on any dealership’s lot. The internet could be the car buyer’s saving grace. While many dealerships are not open to customers, research for a new car might start online. Many consumers already begin their hunt via the internet, utilizing dealership sites, virtual showrooms and even online photo galleries.

Now, though, consumers might want to compile a list of cars that interest them instead of focusing on a single model. Especially if their beloved model was affected by the chip shortage. If the Jeep Compass was the dream car, looking at other Jeep models could be an option. Or consumers could opt for an earlier model.

The chip crunch could change the shopping process. However, consumers can prepare by visiting dealership’s web sites and checking out the inventory. Just because a car is tough to find doesn’t mean it’s impossible to find. Researching the options could help consumers find the best car even during a chip shortage.

1 thought on “Continued Disruption: An Update on the Auto Industry”

The EVOX Images database features the most innovative packages of interior and exterior stills, 360º vehicle imagery, and VR experiences. At more than a million images strong, our team consistently raises the bar on industry standards, and offers an unmatched delivery schedule.