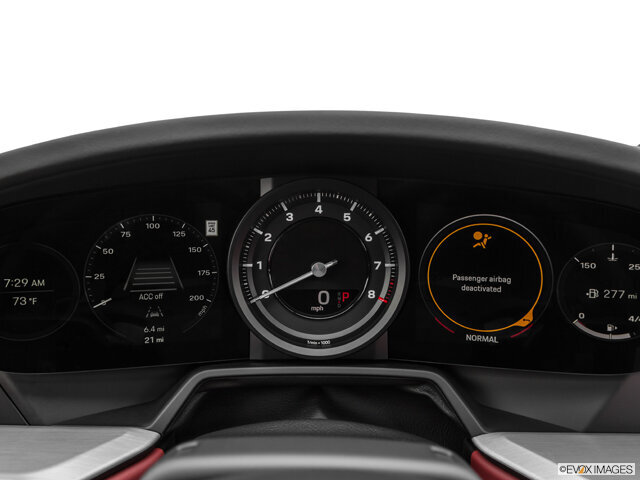 Social media is a crucial way to connect with customers and, hopefully, generate new business, too. Dealerships may be active on Facebook or Twitter, and hosting accounts on these two platforms may work well for providing updates and sales or to simply engage with followers.

However, video engagement is becoming incredibly popular. And YouTube is one of the leading platforms for hosting video content. Videos allow dealerships to tell stories visually and to provide more interactive content for customers. Here’s how to promote a YouTube channel and get viewers!

For dealerships not on YouTube, there may be a hesitation to join yet another social media platform. Managing social media content takes time, and, while some dealerships have a designated marketing staff to engage online, smaller dealerships might delegate the updates to whomever can do them.

YouTube’s outreach is significant, with more than two billion users across the globe. In addition, content also can be monetized. And don’t assume that content has to be serious or super savvy to be viewed. According to Statista, the most viewed video of all time was the Baby Shark Dance! The video has racked up more than eight billion views!

YouTube also is an ideal way to reach Generation Z or younger Millennials. Statista reports that more than three-quarters (77 percent) of individuals between the ages of 15 and 35 use YouTube. In addition, more than half of YouTube’s users are male (56 percent). HootSuite reports that only Google is visited more than YouTube on the internet (and Google owns YouTube!).

WHAT ARE PEOPLE WATCHING?

HootSuite offers all the data on what users are queuing up on YouTube. And, as might be expected, video viewership may reflect the times. HootSuite noted that during shelter-in-place mandates (March 20), the searches for videos with titles including “home office” surged by 210 percent. That same period saw a 700 percent jump related to “at home.” And “quarantine” and “routine” videos also were popular.

YouTube also was the hub for those looking for a good fitness routine. HootSuite noted that almost three-quarters (72 percent) turned to YouTube for fitness videos—yes, YouTube was the video site for exercising!

While car dealerships likely won’t be posting any workout videos, the trends related to searches are beneficial to understand what fares well on the platform. Gaming also is popular; HootSuite notes that Minecraft videos are the most popular.

However, YouTube users also are being influenced to make purchasing decisions from the platform. According to HootSuite statistics, “70% of viewers bought from a brand after seeing it on YouTube.”

Like most of Google’s offerings, YouTube is fairly easy to navigate. For any confusion or concerns, check out the FAQ on the site.

So what kind of content should dealerships consider for their channel? Depending on the area and target demographics, the video content may differ per dealership. However, here are a few ideas:

Take new models out for a test drive and film the drive (obviously, the driver should not film!). Videos also can include a tour of the vehicle, showing inside and outside the vehicle as well as highlighting unique features.

Does the dealership have on-air commercials? Upload them to YouTube.

Take potential customers on a virtual tour of the dealership. Include the showroom, maybe even introduce a few sales team members.

Highlight the sales team and other employees!

Think outside the box. Create some fun, out-of-the box content for the dealership. Maybe this includes a fun (but safe!) April Fools prank.

Share the car knowledge! Create videos that include some interesting fax or highlight common problems with cars (e.g. a ‘what’s that noise?’ video).

After creating the channel and uploading the content, the viewers will come…right? Not necessarily. Promoting the YouTube channel helps potential and current customers know that it even exists. There are many ways to promote dealership YouTube channels.

The dealership website should, ideally, include the links to all social media channels. These links are usually denoted by the graphic logos of each channel. This lets customers or just the random internet surfer know you are active (or at least present) on social media.

SHARING VIDEOS ON OTHER SOCIAL MEDIA

Don’t hesitate to share videos that you think are funny from other accounts, too.

Followers help draw other followers. As more people like your pages, friend the account or who subscribe to the channel, the following may draw more attention to the dealership and its social media activity. Follow other accounts and get active in the comments sections. Businesses tend to understand that they need to stay professional, but complimenting other videos via the comments or just asking questions could draw attention to the channel.

Engagement is key on social media. Sometimes it’s not enough to follow other accounts; being present and active helps make a business known.

KFC blew up Twitter and the internet when an eagle-eyed user realized that KFC only followed 11 accounts. Those accounts were 11 HERBS AND SPICES (and, yes, KFC followed Spice Girls)! Talk about on-target branding via social media!

The clever detail went viral on the internet and became the topic of several headlines. KFC was not only clever in marketing, but it snagged some incredible PR in the process! The user who figured out the Twitter following was rewarded with a one-of-a-kind painting that depicted him receiving a piggyback ride (while holding a chicken drumstick) from the Colonel.

GET CLEVER WITH THE TITLE

Outbrain has another recommendation for scoring views: pick a snappy title! There could be a number of reasons why people click on a video, but Outbrain notes that a clever title can draw attention. So get creative, and think of a clever title for the video that makes someone click!

Not only do users see the title of the video, but they also will see a small thumbnail. Outbrain also recommends that thumbnails should be enticing. Pick a compelling shot from the video and use it as the thumbnail. Maybe the thumbnail includes a cute dog or something unique.

Whatever snapshot the dealership selects, a good rule of thumb is to ask “will this make me click?”

HOOK VIEWERS WITH A SERIES

Doing a series of videos also is recommended by Outbrain. For car dealerships, video series could include car care tips or common car issues. Think about a series that would be relevant to the audience.

HOW OFTEN TO UPDATE

Time is valuable, and the size of the dealership may mean that the team doesn’t include a designated marketing professional. The dealership owner or the sales team may be in charge of updating social media channels.

So how often should dealerships post videos to YouTube? This really depends on how much time the dealership can devote to creating video content. Filming a virtual test drive, for example, may take some time. Then the dealership may have to edit the video.

While some popular YouTubers upload videos daily (or maybe even multiple times per day), posting a new video each week might suffice for car dealerships. Staying consistent, though, is key to keeping visitors interested in the channel.  Social Video Plaza actually recommends uploading a video daily, but weekly is noted as the backup option.

Don’t rush video content, though. If uploading daily means that videos will be sloppy or less than stellar, perhaps the dealership should opt for a single weekly high-quality video.

To stay organized with video content and other social media posts and updates, dealerships might wish to create an editorial calendar each month to outline their content strategy. Each month, brainstorm ideas for each social media platform.

Creating an outline of content helps ensure that whoever is in charge of posting doesn’t have to just wing it. Instead, each day (or week) has a plan of action. With video content, the dealership might want to plan routes for test drive videos or backdrops for interviews.

Social media engagement is a great way to expand outreach to new and existing customers. Hosting a YouTube channel allows the dealership to create visual content that can draw attention to the dealership. Create a content strategy that appeals to the dealership’s key demographic…and don’t be afraid to have fun in the process!