9 Examples of Artificial Intelligence in the Automotive Industry 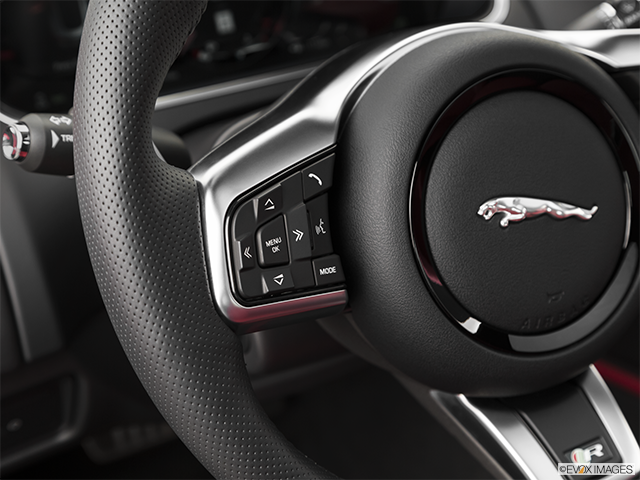 Throughout its history, the automotive industry has always quickly embraced new, innovative technologies. From electric motors to augmented reality, the auto industry has used new technologies to improve the way a vehicle looks, performs, and operates.

Many automotive manufacturers are in the process of developing self-driving vehicles that are powered by artificial intelligence technology. These vehicles are designed with countless sensors and cameras that capture data about the location of other vehicles, traffic signs, road conditions, and more. Artificial intelligence technology can quickly process and make sense of this data. Then, the technology can make decisions based on the analysis of this data.

For example, say a self-driving vehicle needs to change lanes on the interstate. The vehicle will gather data from the sensors to determine if it is safe to change lanes. If a vehicle is detected in the next lane, the system will know that it cannot safely change lanes until this vehicle has passed by.

Artificial intelligence is used to make thousands of decisions like these in self-driving cars.

Many modern vehicles are built with voice-activated personal assistants that are powered by artificial intelligence technology.

For example, the BMW 3 Series is designed with a virtual personal assistant that can be activated by saying “Hey, BMW.” This virtual assistant uses artificial intelligence technology to understand and respond to voice commands.

If you are feeling drowsy, for instance, let the assistant know. The assistant may respond by brightening the lights in the interior, turning up the music, or suggesting that you pull over to rest. If you tell the assistant you are cold, it will automatically turn on your seat heaters or adjust the temperature in the cabin to keep you warm.

These in-car personal assistants can respond to countless commands thanks to artificial intelligence technology.

In the past, automotive engineers had to be present for acoustic testing. In fact, these engineers were responsible for performing acoustic tests. But now, some automotive manufacturers, including Porsche, use artificial intelligence technology to conduct these tests.

The technology can accurately detect noise, identify issues that need to be addressed, and report findings. As a result, engineers no longer need to be present for these tests. This frees up the engineers’ time so they can focus on other important tasks that require their attention. It also increases the efficiency of the acoustic testing process.

Other manufacturers, including Audi, use artificial intelligence to detect weak points or cracks in sheets of metal. This technology helps Audi quickly identify damaged sheets of metal that should not be used in production.

This tool allows consumers to create the custom Porsche vehicle of their dreams. They can use this tool to preview what different customization options would look like on a vehicle in real life.

As they build their car, they receive customized recommendations courtesy of artificial intelligence technology. This technology quickly analyzes a vast amount of data to learn more about the consumer’s preferences. Then, the technology creates custom recommendations based on this analysis.

Using artificial intelligence in this way creates a unique, personalized experience for the consumer. It also provides the consumer with the tools they need to compare their options and decide which vehicle to purchase.

Modern vehicles are designed with a number of advanced driver-assist systems (ADAS), including automatic braking, lane departure warning, and parking assistance. Most, if not all, of these systems are powered by artificial intelligence technology.

This technology allows your vehicle to quickly make decisions based on the available data. For example, say your vehicle is designed with an automatic braking system. This system collects data about the location of other vehicles from sensors found on the exterior of your vehicle. Artificial intelligence technology is used to quickly analyze the data as it comes in to look for potentially dangerous situations.

By analyzing the data, this technology can determine if your vehicle is in danger of rear-ending another vehicle in front of you. If it is, the system will immediately apply the brakes to avoid an accident.

Thanks to artificial intelligence, decisions like these can be made in seconds without any input from the driver.

Manufacturing a vehicle requires the use of various heavy machinery and equipment. If even one of these machines unexpectedly malfunctions, it can disrupt the entire automotive factory’s operations. Employees on the assembly line won’t be able to work until the machine has been repaired, which means the factory could miss crucial production goals. By the time the machine is repaired, the automotive manufacturer may have lost tens or hundreds of thousands of dollars as a result of the delay.

It’s estimated that using artificial intelligence in this way can increase the availability of automotive manufacturing equipment by 20% and lower annual maintenance costs by 10%.

Many automotive manufacturers now use artificial intelligence to accurately forecast demand for new vehicles. Unlike the traditional forecasting systems, these AI systems are built to handle vast amounts of data.

AI-powered systems are also incredibly accurate. It’s estimated that manufacturers that use these systems could reduce forecasting errors by as much as 50% and inventories by between 20% to 50%. This can result in significant cost savings for automotive manufacturers.

At any given time, an automotive manufacturer may have dozens of different projects in research and development. Because there are so many ongoing projects, it’s hard for manufacturers to determine when they should kill a project that is too expensive or not progressing as expected. As a result, these projects continue taking up the manufacturer’s valuable resources.

As you can see, artificial intelligence is already used in a number of ways in the automotive industry. However, it’s safe to say that automotive companies will continue to find new applications for this technology in the years ahead.

Older Post: Car Stock Photography for Every Stage of the Buyer’s Journey